Sochi Film Festival awards Sharkwater Extinction at gala in London, on the eve of its release in the UK 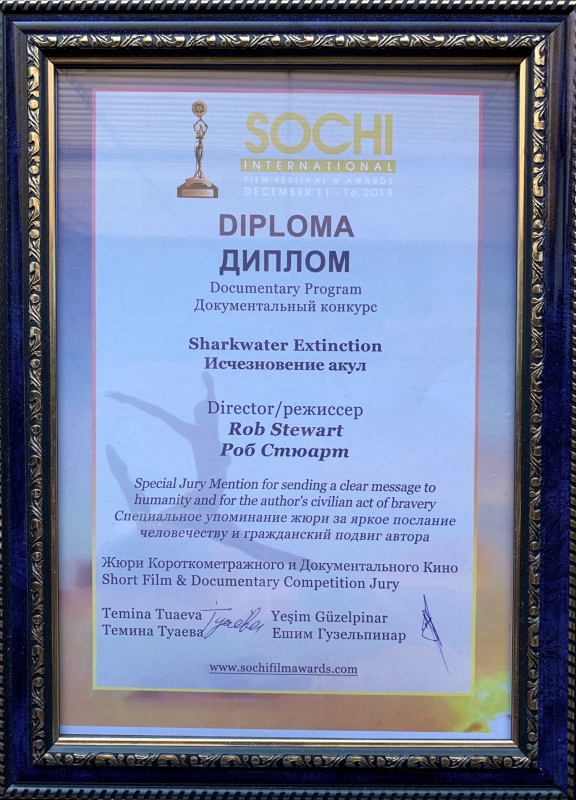 A full house of 150 specially selected guests from the legal and film worlds donned gowns and black tie for the SIFFA’19 UK Gala celebrations, which are held shortly after the main event in the Russian Black Sea coastal resort of Sochi in December each year.

A SIFFA Special Documentary Award was accepted for the extraordinary Canadian underwater-filmed movie, ‘Sharkwater Extinction’, premièred in Toronto last year, and then screened in Sochi, by the film’s UK distributor, Ian Dawson of Sparky Pictures. Writer and Director Rob Stewart died during a dive while making his film, which warns that our massacre of sharks will lead to disaster down the eco-chain for humankind. 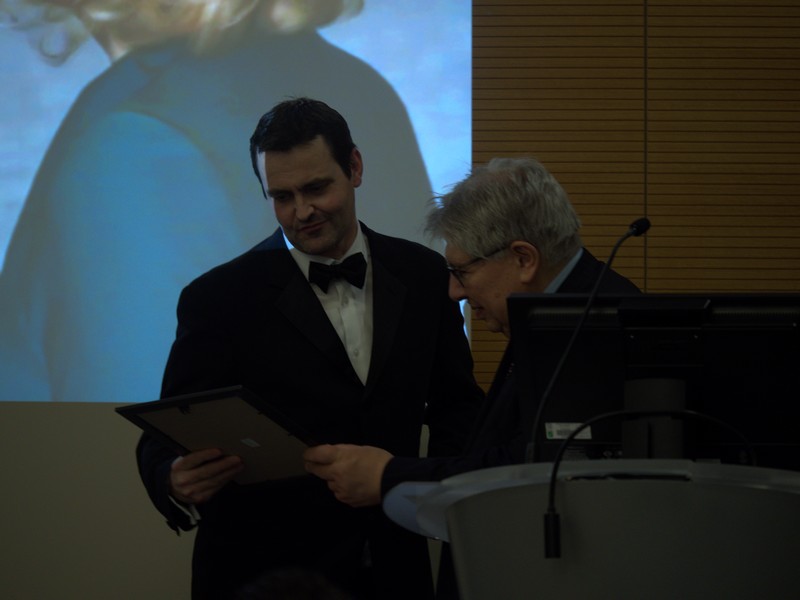 ‘Sharkwater Extinction’ is released in UK cinemas this week (22/3/2019). “It is a great cinema experience and a stark warning to us – Rob’s parents in Canada are very proud of this SIFFA Award and recognition,” said Mr Dawson at the SIFFA’19 UK Gala.

City law firm Pinsent Masons has already established its ‘RusFor’ Russian-speaking platform to promote knowledge of Russia and other surrounding countries like Kazakhstan amongst lawyers. Now it has told SIFFA they would be welcome to return to the Pinsent Masons Crown Place HQ near Liverpool Street next year.

Ben Wells, a fluent Russian speaker and Pinsent Masons associate, said: “Our ‘RusFor’ members very much appreciated this SIFFA Gala experience and we as a firm welcome SIFFA – and would do so again. There are avenues to explore here. The Gala was a great success for all of us.”

SIFFA Founder and President, Luba Balagova, confirmed the growing tie between her festival organisation, which aims to promote an artistic bridge between Britain and Russia, and her City of London Gala Night legal hosts.

“SIFFA loves the City of London and we are very happy to build up our partnership with Pinsent Masons. Let’s hope we can do lots more together – and ‘Yes’ we will be back,” said Ms Balagova, a published author and poet, who lives in Berkshire.